The Gender Question: My Pronouns

Wednesday October 17th was the first International Gender Pronouns Day.  The goal of the day is to raise awareness of gender pronouns, including referring to people by their preferred pronouns and normalizing asking about the pronouns.  In activist circles, this is increasingly becoming commonplace.  Recently, both of my workplaces asked me for my preferred gender pronouns.  But, I can remember just a few years ago when I was asked for the first time to publicly announce my pronouns.  This is a reflection of how I felt and my own gender journey.

The first meeting that I was asked to use my preferred gender pronouns caught me off guard.  I felt afraid and unsure of what to say.  I knew what the expected answer was…she/her/hers….and I felt afraid to say anything but the pronouns that would match my outward appearance.  I didn’t answer at all.  Meeting after meeting, I didn’t answer.  I dreaded when it was my turn to share.  I would simply say my name and something else (for instance what group I was in or why I was there), avoiding the question or trying to bury the question in other information.  Only a few times was I called out.  “Oh, you forgot to share your pronouns!”  I wanted the question to go away.  It seemed like some hokey, liberal trend to be inclusive- but really, it felt like an interrogation into the walled up parts of myself.   I have wrestled with gender identity, but came to no conclusions or worse, no plan of action.  Thus, I have slid through life avoiding the question and relegating it to some condemned, musty, walled off part of myself that could be attended to when I had the time, courage, or emotional safety.  The “gender question” asked at activist meetings forced it out of the dark corner that I had been avoiding.  I resented that.  No one shines a light in my haunted house! 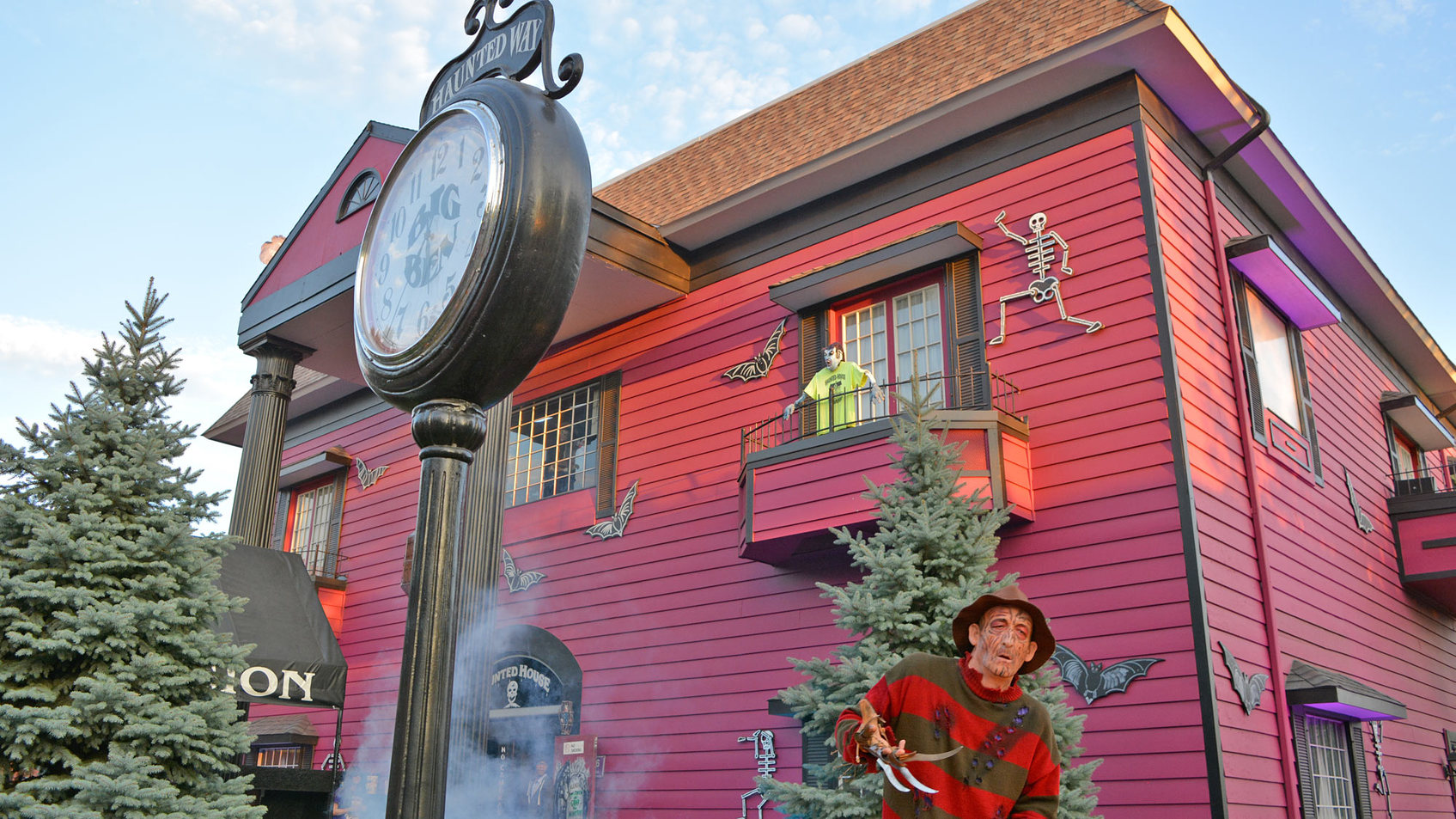 For some context, I have felt alienated by my femaleness.  It started sometime around the 5th grade.  I didn’t want to grow up to be female…or the “w” word.  I didn’t want breasts or a period.  I didn’t want curves or for people to see me as a woman.  I didn’t want to become…such an alien thing.  It is a feeling that has hung around.  I could provide more details or examples, as often creating a narrative of lifelong questioning is necessary for legitimacy.  But, I don’t care to and legitimacy does not have to be rooted in history and long stories.  In any event, despite feeling un-female, I wondered what alternative existed for me.  What else could I be and how could I become it?   Despite these feelings, I have generally presented myself in a feminine way (to some degree), with makeup, shaved body, and long hair.  Thus, to question or feel disgusted by and alien from my body and biological/social lot seemed disingenuous.   Worse, when I have talked to some people close to me over the years, the reactions have been that I must be mentally ill or just trying to be trendy….because gender dysphoria is cool.   This left me feeling a bit lost and defeated.  By my 30s I tried not to think too deeply about it.  That is…until that pesky question kept coming up!

I started to test out answers.  Mostly, when it came up, I said I go by she/her/hers and they/them/theirs.  No one cared.  The question moved on to the next person.  This was nice and gave me more confidence.  No one stopped the whole thing and said, “Wait!  You are NOT they, them, theirs…. you are just trying to be trendy here!  Call the gender police.”  Or, “They, them, theirs is for MORE androgynous looking people.  Clearly you wear makeup and have long hair.  You are not constructing gender properly.”  In the few instances where I felt that I needed to give an explanation, I said that I was gender questioning.  By cautiously answering…but being met with zero reaction or questioning, I began to feel more comfortable.   These questions felt invasive and loaded at first, but it turned out it was not an inquisition. 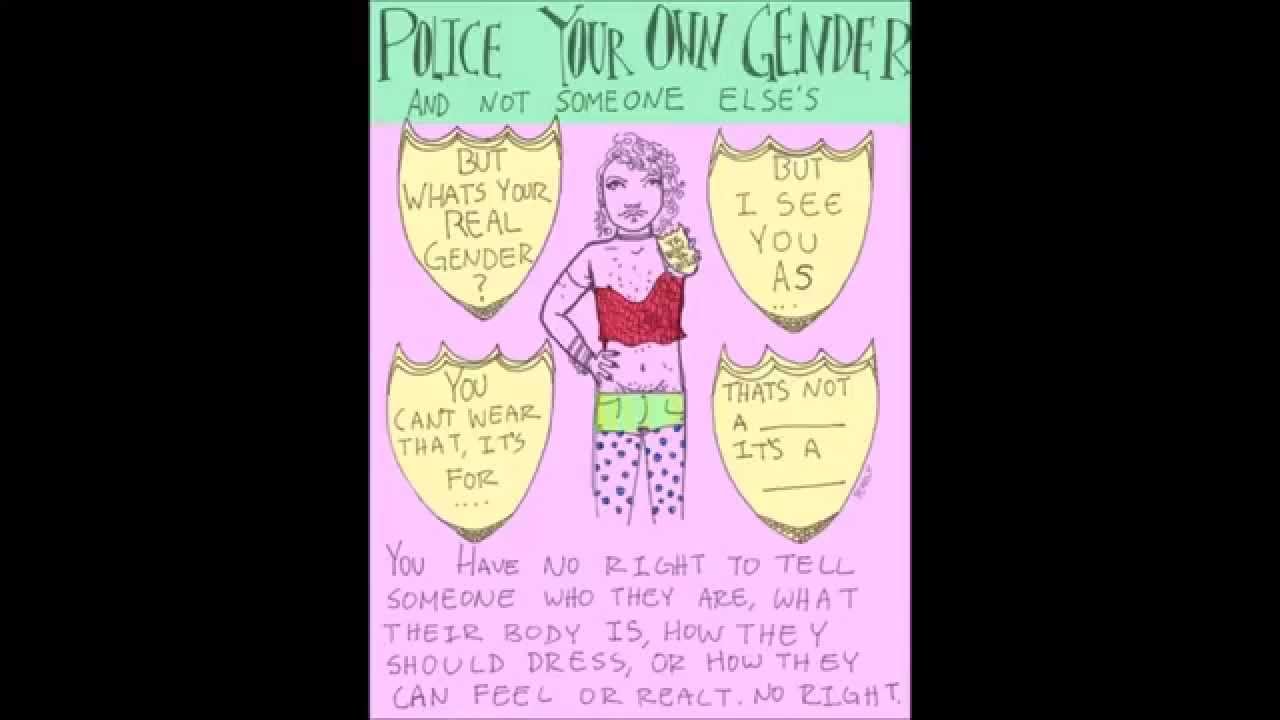 What am I?  I feel weird calling myself a woman.  It just seemed so…not me.  It seems like a special title reserved for some other people.  I didn’t ask for this body.  There are parts of it I would be happy to be rid of.  At the same time, I think she/her/hers is appropriate for me.  Despite how I might feel about myself, the world sees me as female.  I am treated like a woman.  Each time I fear for my safety or am treated as “less than” a man, I am living a female experience in a female body (I don’t mean this to reify biological gender, but as a shared experience of oppression).  I feel safer in female spaces than in spaces dominated by men and I feel like I do not behave or present in a fashion that is gender queer enough for trans or non-binary spaces.  I present myself in a “feminine” way.  I have been subjected to and subjugated by female gender norms.  I fear aging.  I fear becoming too ugly or too fat.  My presentation of self is still very much governed by patriarchal gender norms for women.   At the same time, gender is socially constructed.  There is no feminine.  Long hair and makeup can be masculine, androgynous, feminine, or really anything or nothing at all.  Despite the arbitrary nature of these rules, my presentation has social meaning that is associated with femaleness.  I could reject this, but there is no real way to reject this as reconstructing gender usually hinges upon gender tropes.  Binary gender is such a part of our cognitive landscape that it is hard to escape.  Inevitably, it depends upon rejecting what is viewed as masculine, feminine, mixing up these characteristics, or inventing something androgynous (which is often stereotyped as thin and skewed towards masculine).  She/her/hers is also useful in showing solidarity with women.  I am a feminist.  Maybe I don’t always feel like a woman, but I live in this world perceived and treated as one.  I experience oppression as a woman and she/her/hers can be useful gender shorthand for these experiences and my solidarity with those who also experience this.

Although I am she/her/hers….I am also not these things.  It feels like gender is Schroedinger’s cat, which both IS and ISN’T.  Both things exist in the box that is myself.  I am female in body and experience, but also not these things, both because there is no female body and universal female experience and because I feel alien from the female parts of me (whatever those may be).   This is hard to explain.  To address the first aspect of my non-femaleness, well, femaleness does not really exist.  What is female?  Breasts, certain hormones, certain chromosomes, vaginas, or other biological characteristics?  Some females have some of these characteristics and not others, have all of these to varying degrees, or have some of these in some parts of life and not in others.   I have some biological markers of being female, but I do not necessarily want them, and being female is more than just biological rules and boundaries (which are themselves socially determined).   I would be happy to not have breasts, for instance.  I have always hated them.  I am actually really happy that mine are small, since I really don’t want these female associated appendages hanging off my body.  They serve no purpose in my life.  I have no intention of breast feeding, which seems like a body horror, nor enjoy their utility in sexual attraction.  Yes, I called it a body horror.  I feel that chest feeding can be wonderful and nourishing for OTHERS who are not alienated by their bodies, but to me existing in this body, the very thought of it seems like a torturous humiliation.  In this sense, and others that I won’t share, I am very much not a woman.

Femaleness is also related to gender roles, expected behaviors, and social position.   Where do I fit in to that?  Sure, I think that I am “feminine”, but I think that this is one facet of who I am and more or less just a part of the full constellation of human traits that everyone shares to varying degrees.  I am not “feminine” in some ways, in that I don’t necessarily follow female gender roles.  I am not particularly nurturing, not at all motherly or maternal, am emotionally reserved, not much for traditional roles of care giving and cleaning, independent and self-reliant, not romantic, generally more rational and scientific than spiritual or emotional, etc.  Once again, these are characteristics that get divied up between masculine and feminine, but are not inherently either.  Still, I think that bodily, emotionally, and socially, I have traits that I feel are masculine, feminine, and androgynous.  I don’t feel a close affinity with my femaleness, but I don’t entirely reject it either.  Thus, I really like they, them, their as gender pronouns.  I also like to go by H. as well as Heather, since I think it represents my non-binary self.   Heather is very feminine in our society.  I used to hate my name because of it.  However, I am trying to accept that Heather is just a plant.  It is a flower that grows in rocky, boggy conditions- with no innate femininity, masculinity, or androgyny.  The sound of the word Heather is not feminine, as people in other countries have similar sounding names which are pegged as masculine- such as Hadir in Arabic speaking countries.  I can be Heather and not necessarily be feminine.  But, I do enjoy when friends call me H. 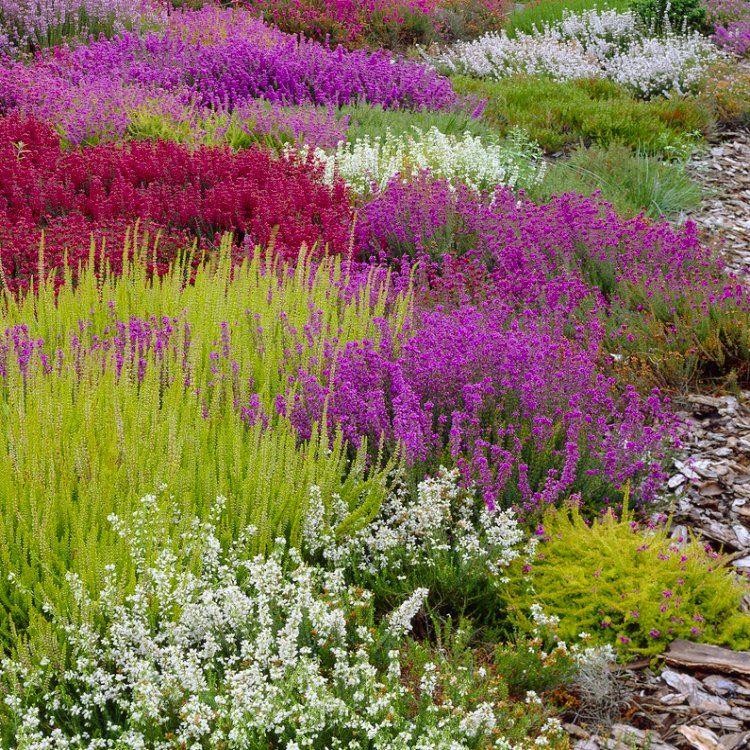 Gender is complicated.  I don’t have the answers.  I consider myself gender questioning because I haven’t arrived at my final destination.  I don’t know that I will.  There may be times in my life that I embrace my femaleness more.  Other times, it may be a source of pain and humiliation.  I haven’t always enjoyed getting asked what my pronouns are, but at the very least, I am starting to feel more confident.  At this point, I feel confident enough to say that yes, there is a they, them, their part of myself.  It doesn’t matter if I don’t look or behave in a non-binary way or reject gender enough.  I don’t need to be legitimate in anyone else’s eyes.  It is gender that is illegitimate, not me.  Even if my feelings ARE the result of being trendy or mentally ill, why stigmatize either? Traditional concepts of gender (and sex) benefit no one but those at the top of our patriarchal, capitalist economic system.   As my life progresses, perhaps I will feel bolder and ask to be H. or they, them, their more often.  Perhaps not.  For now, this is where I am at.  Thanks for asking.